The dream of a $0 energy bill is real! NextDrive arrives on the Japan energy market. Comfortable and affordable living, with net zero energy. 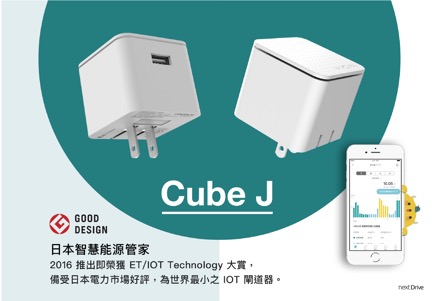 In recent years, NextDrive has continually increased their activity in the Japanese energy market. As such, NextDrive cooperates with many large-scale power suppliers and academic institutions, including Japan’s top three major power companies and Kyoto University. NextDrive has also jointly developed a HEMS (home energy management system) oriented to the mass consumer market.

NextDrive is also planning the launch of our new app, Ecogenie, arriving summer 2018. Ecogenie is the first app on the market that combines energy management, home security, and health care. NextDrive has developed Ecogenie with Japan’s huge energy demands in mind following Japan’s electricity liberalization in 2016.

Since then, all Japanese power companies are privately owned, resulting in electricity tariffs not unlike telecommunications tariffs. Therefore, in the current market, power-saving solutions have become far more important. Companies poised to offer power-saving solutions will have a decided edge when it comes to attracting customers in this market.

NextDrive identified value this entry point granted and launched Cube in Japan last year with the built-in ability to connect to smart meters to make it easier to obtain information on electricity usage. This allows customers to better understand the details of their own electricity consumption. This year, building on Cube’s powerful hardware advantages, NextDrive has launched our intuitive energy-saving app, Ecogenie, which allows users to save nearly 10% of their monthly electricity bills through electrical control.

Recently, NextDrive has also developed a killer-class app for home with Line, a globally-recognized app with more than a hundred million users. We eagerly anticipate it severely disrupting the ultra-competitive IoT application market!

Since the 311 Great East Japan Earthquake, the price of electricity in Japan has risen by 25%, primarily due to the shutdown of nuclear power plant. These sudden increases have overwhelmed families, dramatically increasing the demand for HEMS (Home Energy Management Systems). However, most of the energy system installations on the market have high barriers to entry. Furthermore, they are cumbersome and difficult to use, which frightens consumers. To fix these issues, NextDrive has launched an IoT energy gateway, Cube, which is compatible with main electricity and a dedicated energy-saving app, Ecogenie.

Cube, which first launched in Japan in September 2017, building upon the momentum of a successful test launch at Bic Camera, a well-known Japan based electronic appliance store, has developed a strong network that includes industry leaders and power companies alike.

As the world’s smallest IoT gateway, Cube is equipped with the latest Wi-SUN communication module built in Japan. In essence, Cube can be linked with a smart meter to learn about power usage. It can also analyze power data for power plants or for power generation and commercial use. One of the Japan’s leading power company have already ordered Cube, with total sales expect to eclipse 100,000 by the end of 2019. Furthermore, NextDrive has reached agreements with the power company to jointly operate and provide feedback on our next-generation energy- saving app, Ecogenie.

Compared to similar apps that work with complex power data, Ecogenie starts from the user’s perspective and tries to make “electricity” easier to integrate with everyone’s life. The easy-to-use interface and practical energy-saving suggestions make saving big on the electric bill a breeze.

In addition to making the details of the electric bill easier to understand, Ecogenie can also analyze and compare electricity consumption with other users, so that electricity use can be visualized. In addition, Ecogenie can use Cube’s machine learning to automatically control home appliances and give your home the perfect balance between comfort and affordability.

In addition to energy services, NextDrive has also made home health and health care a reality. Simply using Line can open a door in an emergency or let you immediate view the status of your home via integration with third-party vendors. That’s not all: measuring blood pressure, monitoring the entire family’s health, and more coming. This includes things like smoke detection, child safety, elderly care, and even smart cities.

NextDrive CEO Jerry Yan said, “Our food, clothing, and entertainment are all inseparable from ‘electricity.’ In addition to using energy big data, we can not only improve energy usage efficiency, but also better understand people’s lifestyle and to conduct better future for IoT application developments.” In the next phase, NextDrive will target the new building of 2030 by Japanese government to achieve the goal of “ZEH zero-energy housing” and create a new, energy-saving lifestyle for users. NextDrive also looks forward to replicating the Japanese experience in Taiwan in the future, bringing home a brand new energy vision.